As data-driven marketers, we can appreciate Taylor Swift. While we're told she makes music, her online stats are what speak to us.

Swift is breaking all kinds of records on the verge of her new CD, "Reputation", this Fall. Her video "Look What You Made Me Do" has been streamed 90 million times in the last week alone. Whatever your opinion on her music, she remains a master class in marketing.

So, here are a few tips to "Taylorize" your events this fall.

Go over every event on your calendar and clearly articulate its purpose for furthering your overall strategy. Having clear goals and an explanation for how they will be achieved is essential to justifying your decisions to upper level managers, and eventually quantifying their success.

For example, we're pretty sure Taylor would tell you her major goal is to "make money." Thus, her marketing activities are designed to broaden her appeal as much as possible, so she can attract the widest audience. She is also productizing her latest album release in any way she can.

Before her first video promoting "Reputation" was released, all of Taylor's social media went dark. Essentially, the entire Taylor apparatus was turn as a giant landing page to build anticipation. While we're not suggesting you pursue something quite so radical the usefulness of pre-promotion remains.

Establishing a 'hype machine' for lack of a better term is great for two reasons. First, its cheap. You can get people to talk about an event without actually giving them any of the event's content. This also means that if you're pre-promotion strategy flops, it will be minimally damaging.

Second, if people are talking about your event before it happens this will naturally produce conversations about what they expect from it. Having expectations going into an event means people are going to evaluate whether they were met. Thus, the more successful your pre-promotion strategy, the more attention your event is going to get after it has finished via people discussing whether it lived up to the hype.

Too many companies today send only salespeople to tradeshows and events. The net result is a slightly skewed pursuit of opportunity. Taylor Swift has a variety of friends to work with fans, business partners and other prospects. That means Tree Paine her publisicst to  deal with the tabloids and a blue wall of lawyers for business deals and so on.

Think about the role of every person who could be interacting with your product or service. Make sure you staff your booth with at least one person who can talk to each of them. Otherwise you'll miss valuable opportunities to land new sales leads.

One of Taylor Swift's greatest strengths, is layering her interactions with fans. After a series social media posts building buzz for her last album, 1989, she invited a group of 89 of her most loyal fans on social media to her house. The perfect example of following up.

At your events it is important that you prepare to capitalize on new leads by making sure you follow up right away, while an experience is still rocking in your prospect's minds. That means either same-day follow up or within the first week of event close.

Do you remember when Taylor took her music off Spotify? While she ostensibly claimed it was a protest against the "commercial exploitation of artists," we suspect her real motivation was money. This attitude helps to create exclusivity around her brand.

While it might be impossible to follow directly in her footsteps,  be judicious about giveaways at events and ensure you don't waste time with unqualified prospects. The goal should be to create a feeling of scarcity surrounding your event.

Taylor Swift deserves endless credit for how she approaches each new CD release. Her tactics are flexible goal oriented. She keeps what works and jettisons what doesn't.

The same approach should be taken with events. Using data-driven post-show analysis, comparing goals with results to discern what was successful and what was not, as well as inform new experiments.

To learn more about data driven event planning, read our white paper. It explores and compares technology solutions for managing and measuring events. 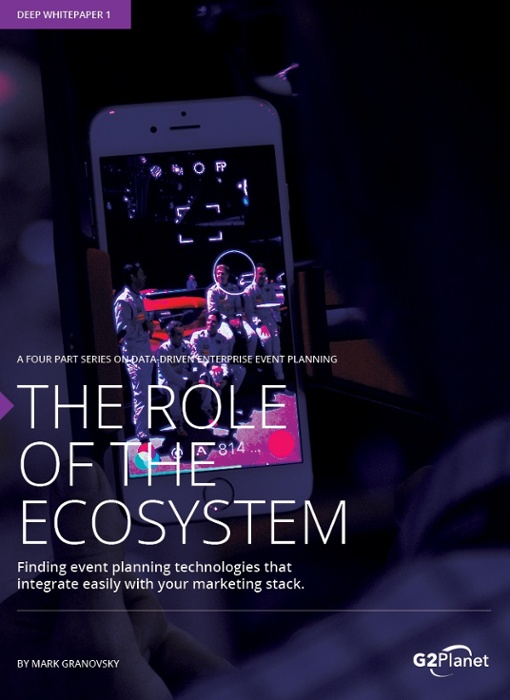 Why Event Marketing Works and Then Some