Event Planning Insights From the EMMYs The Emmys are the “Super Bowl” of events for television. While the typical business event might not feature as many wardrobe malfunctions and political jokes, it’s not all that different behind the scenes. In fact, good event software probably has all the functionality necessary to make the EMMYs run smoothly:

Our software is used to plan and run some of the world’s most exciting business events. We must be sure that presentations by sitting Heads of State work seamlessly from tracking their security detail to accommodating their advance stuff and more.

The same applies to the world’s leading CEOs, especially in the worldwide automotive industry where simply managing schedules through multiple time zones can make the difference between a CEO that shows and settling for a stand-in (you know it happens.)

That’s why enterprise event planners rely on our Event Calendar to ensure that they don’t have to call up Scott Baio when it’s Steven Colbert’s song and dance. With a big show like the Emmys or a world-class corporate event, the logistics can be a real nightmare without the right software in place, particularly when it comes to your displays, furniture, carpeting and the myriad other big items that must fit into place on the floor.

Thus, whatever platform you are using for event production should include features that help you build detailed shipping labels, union scales, time to delivery and a host of other items to ensure the red carpet shows up with the handrails. So that nothing will trip up your plans.

While a huge display might get all the attention on the floor, they are going to look bare without the stunning collateral and signage your agency has worked so hard to create.  "Ticket tips,” (as we like to call it) allow you to combine collateral delivery on the same ticket as the displays so that everything arrives at once. Saves you big on postage too.

In the hierarchy of Hollywood, the Emmys are still considered “small screen” stuff compared to the Oscars. Be that as it may, the Emmys have never had to write an apology to their attendees that sounded like this…

“We sincerely apologize to "Moonlight," "La La Land," Warren Beatty, Faye Dunaway, and Oscar viewers for the error that was made during the award ...”

Yep, the biggest flub in Oscar history happened all because the on-site event staff handed the presenters the wrong envelope for best picture. That's why its important to have software that centralizes information so it can be distributed across a planning team. That way, if there is an error somewhere its far likelier to be spotted, and Warren would not have felt like he was living in a real La La Land.

Speaking of hand-offs, it appears that the real culprits in the great 2017 Oscar envelope controversy were the … accountants! They apparently stuffed the envelopes wrong. Which just proves that no matter how long you've been running an event, it will always be necessary to find new vendors at some point. Good event management software should be capable of preparing precisely documented RFPs so that best-practices are continually followed during the search.

The Event as Stage

Ultimately when you watch a show like the Emmys (or the Oscars) as much activity takes place outside the show as it does inside. That is why you need Event Planning software that can help you envision what happens indoors or out, big or small in a seamlessly coordinated fashion.

The means every detail of your themed event–from venue selection and décor, to food and beverage management to audio visual and entertainment—executed in a dramatic and, yes, theatrical way. Because while not everyone is going to win an Emmy or an Oscar in life, every businessperson in the world expects a show.

Take a look at our whitepaper to learn more about features that every good event management software should include! 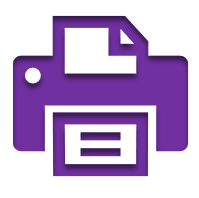 E-Mail Promotion for your Event in 5 Easy Steps

Why Event Marketing Works and Then Some